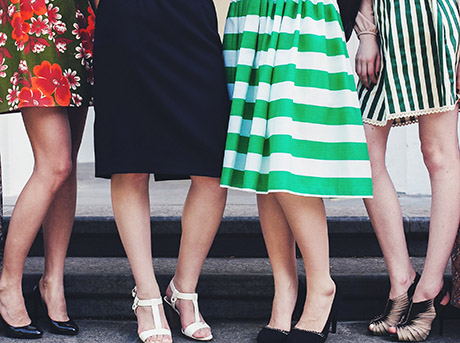 Who knew that skirts and quitting your job would both be in fashion? That a 51st state could really become reality and that social cues, post-vaccination, can and will be very confusing. All while the unemployed still worry about getting sick, needing to be at home and facing possible career changes.

1 Unemployment – its more than just about stimulus benefits

“Maybe an unemployed person spends several additional days unemployed because of the $300,” Professor Dube said. “But … It’s nothing compared to the broader trajectory of the reopening, which swamps anything on the unemployment insurance front.” Other factors – worries about getting sick, still being needed at home, changing careers and low pay.

There’s a lack of clear social norms now and we’re out of practice for social interactions in general. Having to discuss personal health details like vaccination status with strangers amplifies the odd situation.

3 Not as boring as you think – legislation underway to give D.C. statehood

D.C. has long chafed under its relationship with Congress, which has the power to veto or alter any local laws. Its population is larger than that of Wyoming. Its 712,000 residents pay federal taxes, vote for president and serve in the armed forces, but have no voting representation in Congress. The House  voted Thursday on legislation to create the new state of Washington, Douglass Commonwealth, with one representative and two senators.

Burned out and flush with savings, some workers are quitting stable jobs in search of postpandemic adventure. After a year spent hunched over their laptops, enduring back-to back Zooms, they are flipping the carefully arranged chessboards of their lives and deciding to risk it all.

5 What the fashionable COVID body is wearing – skirts!

Also, jumpsuits, dresses, denim and champagne but skirts – the top item flying off shelves in recent months. They were selling out at a higher rate than any other category on a weekly basis, according to research by Refinitiv, a financial market data firm, and StyleSage, an e-commerce analytics company.