Skip to content
Previous Next
Simon Says – Pick Up Your Dog Poop!

A common misconception is that dog waste acts as a natural fertilizer, meaning there is no reason to pick it up. However, dog waste is actually the complete opposite! It can destroy landscapes, transmit diseases to humans and animals, and not to mention, ruin somebody’s day if it is stepped in. And with an estimated 7,500 dogs living in downtown Kansas City, that’s a lot of dogs with a lot of waste. 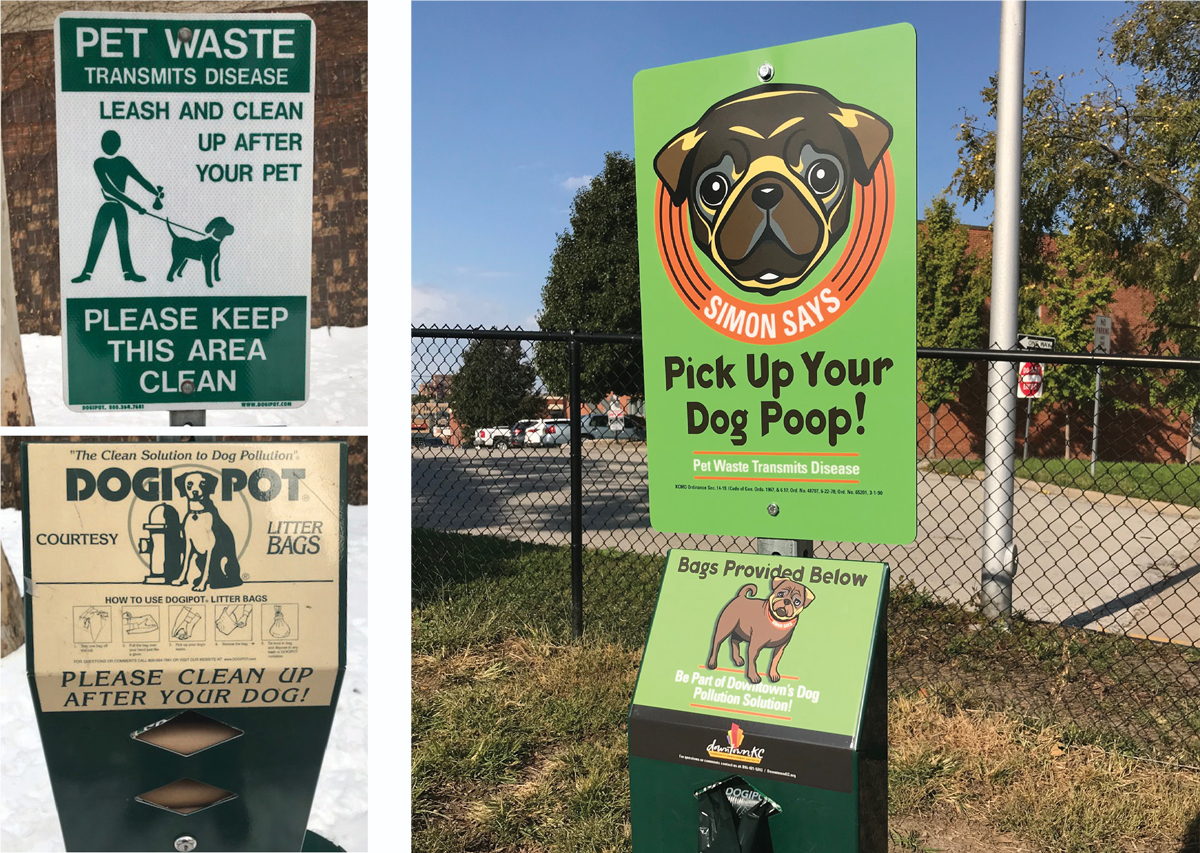 Sturges Word re-designed then old dog waste station signage, replacing colors and stick figures with bright, whimsical images to increase visibility. Unlike the old beige signs, the new lime green signs can be seen by dog owners day and night, ensuring that they know where they can grab a bag and dispose of their dog’s waste. The design for the new signs was inspired after a Downtown Council staffer’s late pug, Simon, creating a clever play on words: Simon says, pick up your dog poop! The stations were also updated to include a phone number so residents could contact the Downtown Council when stations needed servicing.

The updated signage coincided with digital and print outreach, creating a cohesive “Simon Says” campaign that encouraged Kansas City residents to “Do the Doo” and pick up after their dogs. The flyers, also designed by SWC, shared four reasons why owners should pick up after their dogs and were mailed & emailed to Property Owners across the Downtown & River Market area.

The new waste stations debuted in December 2019, and with them, came a cleaner Kansas City! 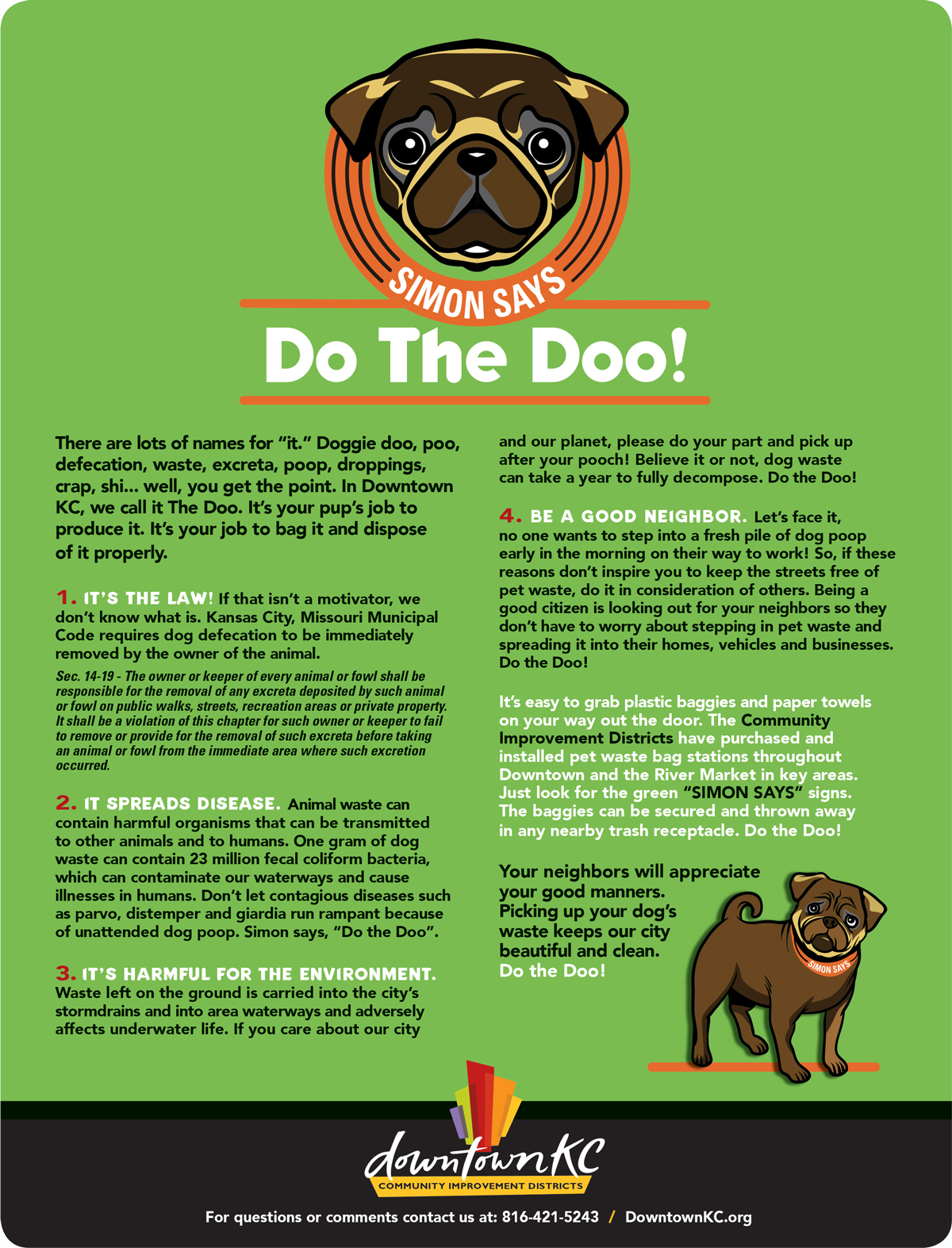